The European Parliament is inviting all EU talented citizens, from 18 years old, to join.

Participants will have to post on the Facebook wall of the EU Parliament a short video, of maximum 30 seconds, explaining the reasons why they should be chosen as the right candidate to fill this position. Motivations should be creative, funny and should be posted before 13 March 2015, midnight CET.

Among the submitted videos, the Parliament’s Facebook team will then pre-select ten candidates, which will be showcased on the EP social media pages where there will be a public vote.
The voting will start on 16 March 2015 at 14.00 CET and ends on 27 March 2015 at 13.00 CET.

The three winners will be invited for a three-day trip to Strasbourg, from 18 to 20 May 2015. Under the Parliament’s team supervision they will receive a video camera and the opportunity to film their miniature documentary on the happenings inside the Parliament.

Accommodation and travel expenses will be arranged for and covered by the European Parliament. The ten nominees and, subsequently, the three winners will be announced on the event page and contacted via Facebook mail. 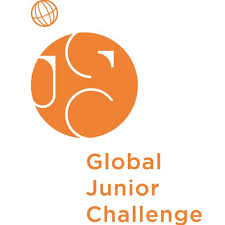 THE GLOBAL JUNIOR CHALLENGE AWARD 2017 HAS BEEN LAUNCHED

Paid Internship at the UNESCO Sector of Education for the Professional Development in Paris, France