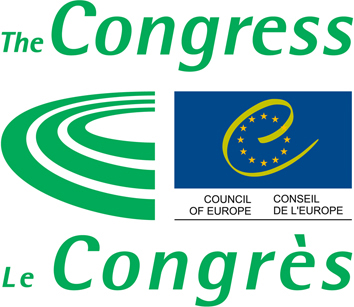 In the framework of the Congress of Local and Regional Authorities taking place from 26th to 30th March and 16th to 20th October 2017 in Strasbourg (France), a special call for youth delegates has been launched.
The aim is to create a space for dialogue between the youth delegates and local and regional elected representatives in order to:
– raise the youth delegates’ awareness of the Council of Europe’s and Congress’ aims and work, in particular their policies on youth and participation, notably the co-management system;
– examine the state of young people’s participation at local and regional levels in European society and identify opportunities and obstacles to its effective implementation;
– contribute to a number of Congress debates on thematic issues to ensure an exchange of views between them and Congress members;
– multiply the information and experience acquired during the sessions on their return home in particular through the development and implementation of their own projects at local and regional level;
– through formal and informal exchanges, promote dialogue and co-operation between the elected representatives and the youth delegates in a spirit of mutual understanding and respect and encourage the exchange of good practices as well as the promotion of existing models of youth-led structures;
– illustrate to the Congress the importance of officially including young elected representatives in member States’ national delegations, both as full and substitute members.

The youth delegates, one per national delegation, should:
– be committed and motivated to develop and strengthen dialogue between young people and elected representatives;
– be between 16 and 30 years old;
– have been resident in one of the Council of Europe member states for a minimum of five years and live in the country which they will represent for the duration of their participation;
– be a member of a local/regional youth council or parliament, or local/regional council or assembly or executive, or a representative of a youth NGO, or a youth-led structure, or involved in youth work, or a local or regional elected representative;
– be available and motivated to engage in the whole of the activity including the preparation of grass-roots projects;
– have an interest in actively participating in policy making at local and or regional levels;
– speak English fluently.

The youth delegates’ travel and subsistence expenses will be covered jointly by the Congress of Local and Regional Authorities according to the Council of Europe’s rules.
Accommodation will be provided and paid for by the organisers, in single-occupancy or shared rooms according to availability.