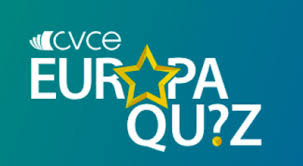 As part of the Luxembourg Presidency of the Council of the European Union, the Virtual Resoure Centre for Knowledge about Europe,  has launched the CVCE Europa Quiz!

The competition is open to European citizens and aims to make young people aware of the European project and Luxembourg’s specific role.

Throughout the Presidency, from 3 July to 31 December, each day entrants will have to answer to a question on a Europe-related topic and get the chance to win amazing prizes. The competition can be entered in French, German and English.

The competition is organised in close partnership with the Ministry of Foreign and European Affairs and Digital Lëtzebuerg, with the support by the Representation of the European Commission and the European Parliament’s Information Office in Luxembourg.