Anyone who is over the age of 18, resident outside Britain, is invited to write a radio play of 53-minutes’ length on any subject, for up to six characters.
The play must be in English, unpublished and must not have been previously produced in any medium. The script must be accompanied by a short synopsis, which outlines the complete story of the play. This must be no more than 400 words.
There are two categories, one for writers with English as their first language and one for writers with English as their second language.
The two winners from each category will each receive £ 2,200 sterling and a trip to London to see their play being recorded for broadcast on the BBC World Service and to attend a prize-giving evening.
There is an additional prize in this year’s Competition, the Georgi Markov award for the most promising script. The prize includes a standard return flight to London, with 2 weeks’ accommodation.

Young European of the Year Award

Scholarship for students with disabilities 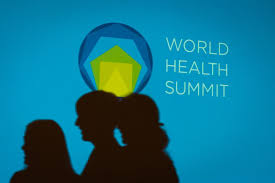 Next Generation of Science Journalists Award 2015